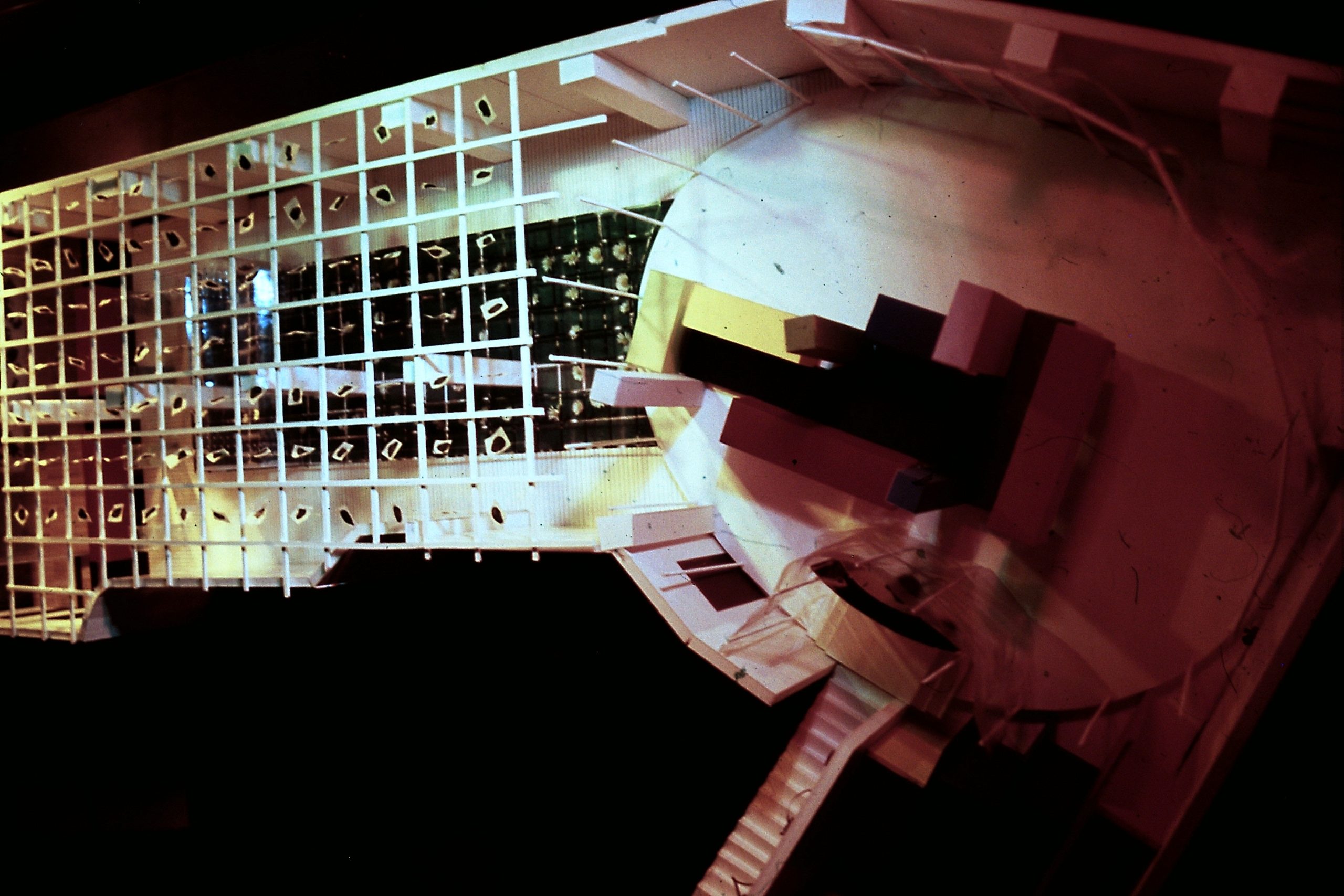 Transformations through design: the 90s.

After the bolidista setting up, the restyling works are entrusted to an architect in great demand at the time, Beppe Riboli which had already signed the innovative projects of some large venues and which completely overturns the interior design once again.

Things were done so seriously that, once the contract was signed, the architect would provide you with a model of about one and a half meters with the perfect reconstruction of the furnishings and of how the place would look.

Riboli elevates the track and transforms it into a field of plaster daisies whose hearts were large Par Leds that lit up from below creating great plays of lights and could be observed dancing on the crystal surface of the track itself.

Move the bars making them become 6, including 4 parallelepipeds in colored transparent crystal near the entrance and two red resin ones positioned behind a huge Plexiglas with the writing “Kinki” in the private room.

The console, central to the room and made up of 6 steel cubes supported by poles, also made of steel, cast in reinforced concrete so as not to cause vibrations, expands to make room for increasingly sophisticated components made up of 3 Technics 1200 plates. Rane rotary mixer, plate, subwoofer and spy boxes.

Even the audio system, already very powerful and qualitatively excellent, is enriched with new speakers between highs, mediums and lows to offer an even better sound.

It is no coincidence that one of the main characteristics of the Kinki has always been the beautiful music played by a very powerful audio system.

The bathrooms and the wardrobe disappear behind an ellipse of semi-transparent plastic material that cuts through the natural corners of the room.

A reinterpretation that maintains the natural "turn" of the people who have the opportunity to walk on both sides with the track at the center as the beating heart of the place. From the bars then you have an open view of the whole place.

The large transparent plexiglass wall (a material still little known and used at the time), with the writing Kinki in large letters that formed the division of the private room from the main room, was however removed after a very short time: the provincial supervisory commission did not pass it. because it was 2 mm less than the thickness required by law ...

This version of Kinki was also appreciated, it was probably also the brightest version of all in a club, underground by definition, which has always made its “darkness” one of the main characteristics. 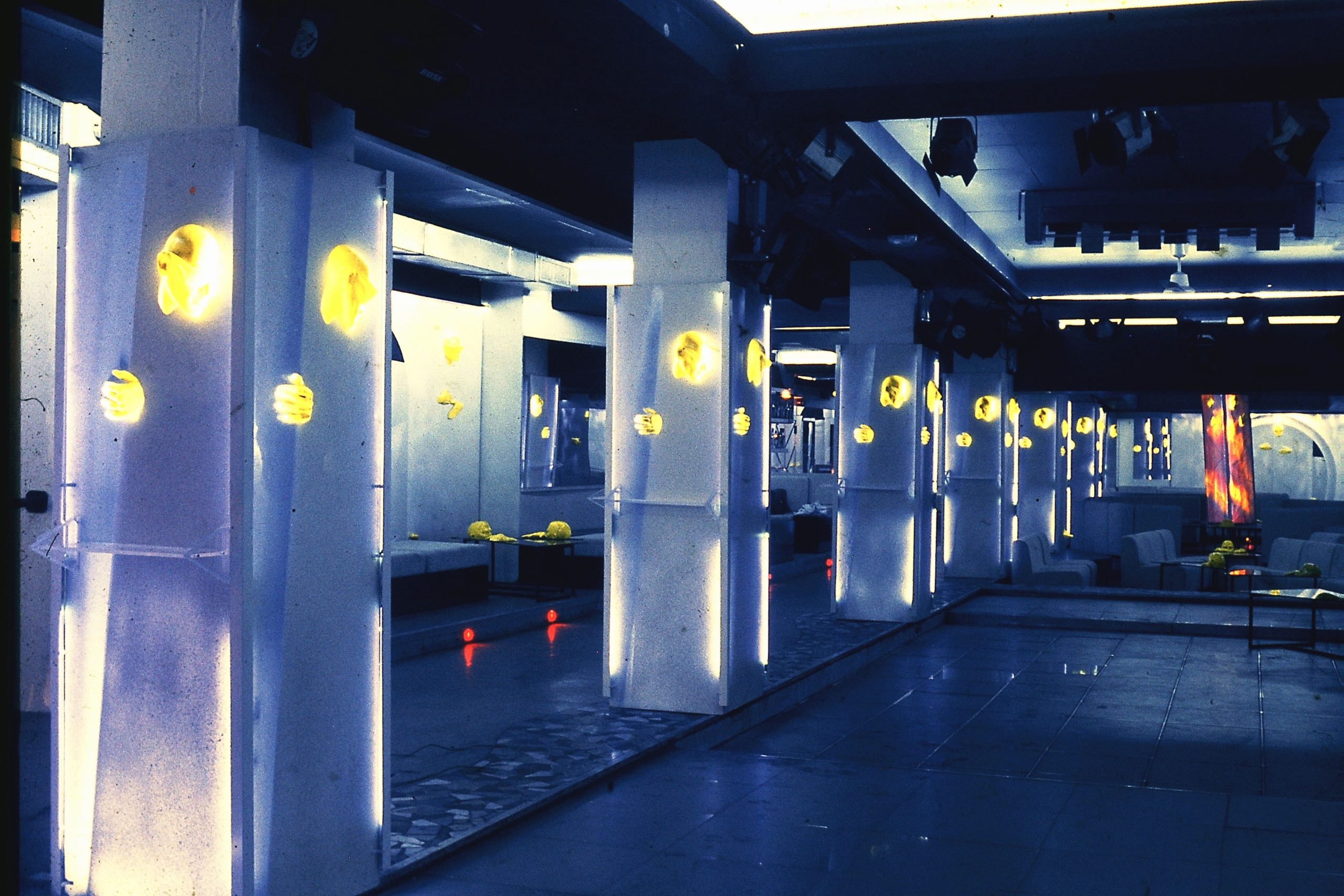